Recently, I caught myself sharing the virtues of Lineage's Daily Balance to a friend of mine.  I was telling him that I used it regularly each week around my training schedule and how the product had helped me get through a pretty grueling gravel bike race season this summer.  At least it was grueling to me. 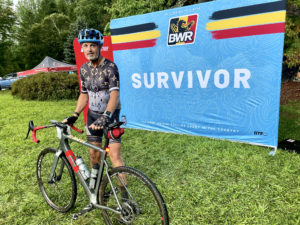 I was able to escape the season intact without any major muscle injuries and performing better than I had in a while.

Good question.  I had no good answer for him.

How the rest of the conversation went down

Me: "If I believe it, does it really matter?"

Him: "Yeah, it does.  C'mon man, how many nutrition or performance products have we both bought that were hyped but didn't live up to expectations?"

Me: "More than I care to count.  Ok, yeah.  Protein powders, gels, recovery powders, the list goes on.  I get your point."

Him: "So I will believe you when you can prove it.  Prove it and I'm in.  You'll make me a believer."

I walked away from the conversation thinking about how to prove it.  A number of options rolled around in my head but none of them seemed to fit very well.  So I put it away for a while.  I was stumped.  How could I really prove it helped with recovery, performance and muscle injuries?

Four days later, I was on my trainer completing the final set of a structured workout put together by my coach.  I was using an app called Zwift and was half way up Mont Ventoux, a famous Tour De France climb.  The workout called for a series of standing 1.5 minute exertions at a power output of 365 watts.

Climbing up Mont Ventoux right before an unexpected muscle injury

On the final set of the series, I felt a sharp pain in my left hamstring.

Oh no.  Not again.  The dreaded muscle injury of cyclists and runners.  The hammie.

Over a decade ago I had been hit by a truck and severely injured.   My left hamstring had been completely de-attached and as it eventually healed, it became prone to re-occurring injury.  Like now.

Getting off my bike, I hobbled upstairs and immediately lathered the back of my left leg in Daily Balance and wrapped it tightly with an ace bandage.  I did this three times a day for five days only taking the compression off to shower.  The day after the incident was a rest day.  No activity.  The day after, I was back riding.

During this time, I recalled the last time I had this injury.  It was May of 2019.  I remembered that I had the power files for that time period.  Cyclists have power meters built into their cranks or pedals which measure the total power output and the output of each leg.  This along with other information is collected and stored in one of the many performance apps cyclists use such as Today's Plan, Training Peaks, Strava, etc.

The only difference between my 2019 injury and the most recent was the application of Daily Balance and ice.  In 2019, I used compression and also ice to treat this muscle injury.  In the most recent approach to treating my hamstring, I didn't use ice but did again use compression.

I decided to use a performance bench mark from this past August taken in between two very hairy endurance gravel races in Vermont and North Carolina.

Here are the results.

I emailed the spreadsheet with numbers to my friend.  Five minutes later my phone range.  It was my friend.  "Are you sure about these numbers?", he asked.

"Do you want me to email you the power files so you can see yourself?"  He replied no.  A few seconds of silence went by and then he exclaimed excitedly, "this stuff really works.  How come EVERYONE doesn't know about it?"

"Oh, they will.  Once people try Daily Balance, it's hard to ignore what it does",  I said.  I bounced back from my muscle injury without really missing a beat.

My friend laughed and said, 'yeah, well until then it is going to be MY secret weapon!"

Daily Balance works.  That is a fact.  Invest in a 2.0 ounce bottle to try.  You have very little to lose.  I'll even sweeten the deal. Use the Discount Code 'BetterHealth' for 20% off.  By the time you finish that 2 ounce bottle, you'll be hooked and recovering and performing better.  Guaranteed.

Feel free to follow me on Strava to keep tabs on what Daily Balance is doing for my performance.

Is Daily Balance Worth the Money?

#1 On Our Gift Guide: The Gift of Health 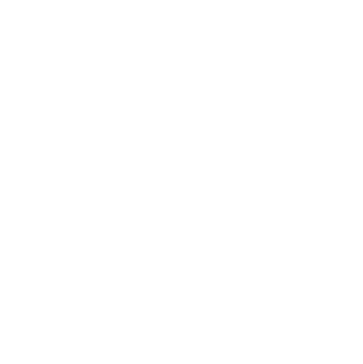 A Better You Starts With The Basics: Regeneration. Wellness. Renewal. Strength. Healing. Continual Improvement. Balance.
No matter how you define your goals, our Daily Balance products have been formulated to work synergistically with each other and your body. LINEAGE is committed to developing the regenerative systems and products that support your quest to engage with life.
CUSTOM FORMULATED FOR PERFORMANCE